Antioxidants vs. Free Radicals In Depth

Oxidative stress, where there are more free radicals than antioxidants in the body, can lead to small and major health issues.1 However, free radicals are absolutely necessary as they help us heal wounds2, and convert food and water to energy. They also help us fight foreign invaders3 and pump more blood when we’re in stress-related situations4. We even produce free radicals when we breathe, so there is no avoiding free radicals at all. 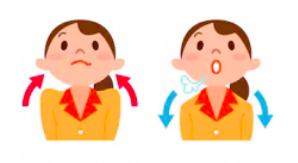 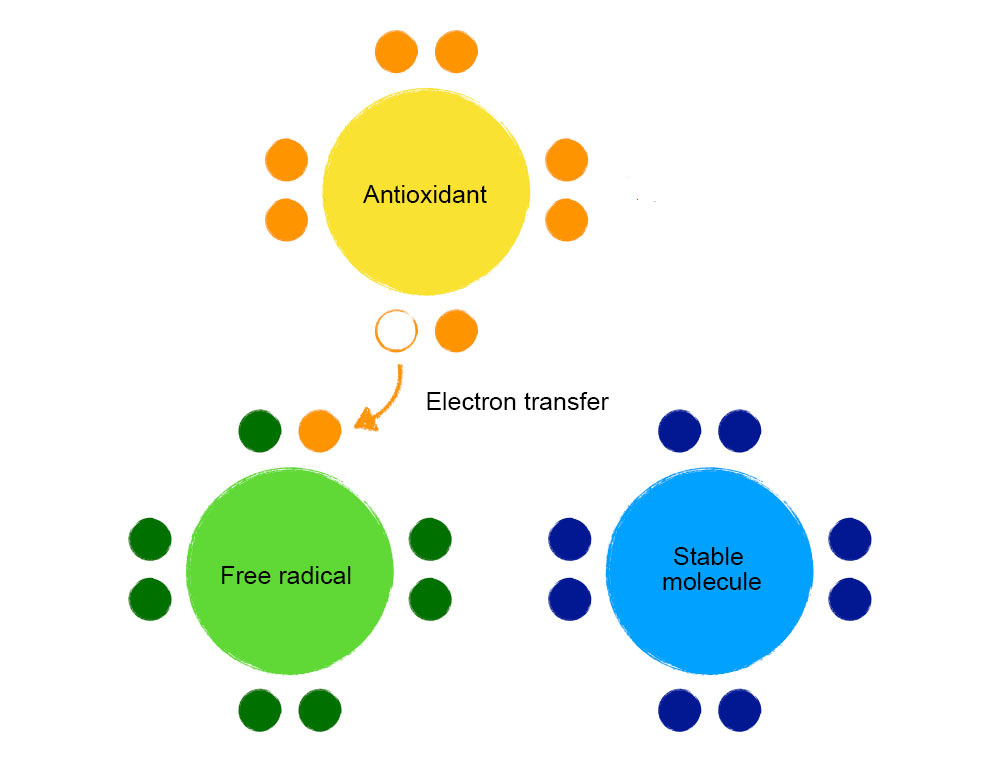 Free radicals are also produced in our body when our white blood cells are at work. 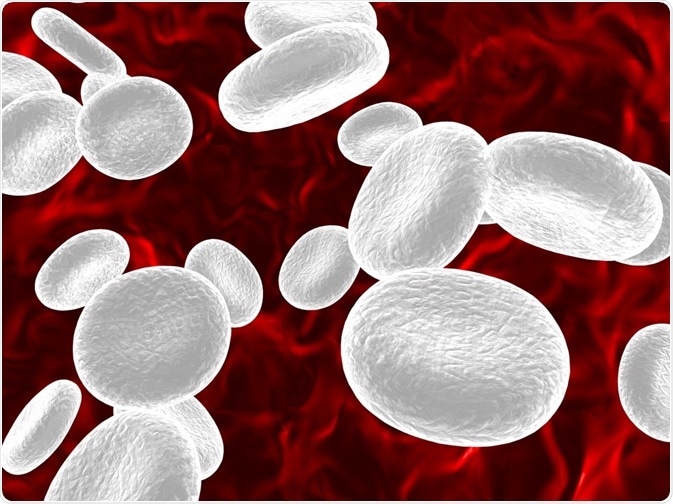 For example, when we’re hit with a a bacteria infection or a virus, our white blood cells signal to each other to fight off the bacteria or virus, producing free radicals as a result. Free radicals bring inflammation to our body via oxidative stress – and too much inflammation in our body will eventually cause us to have health issues. 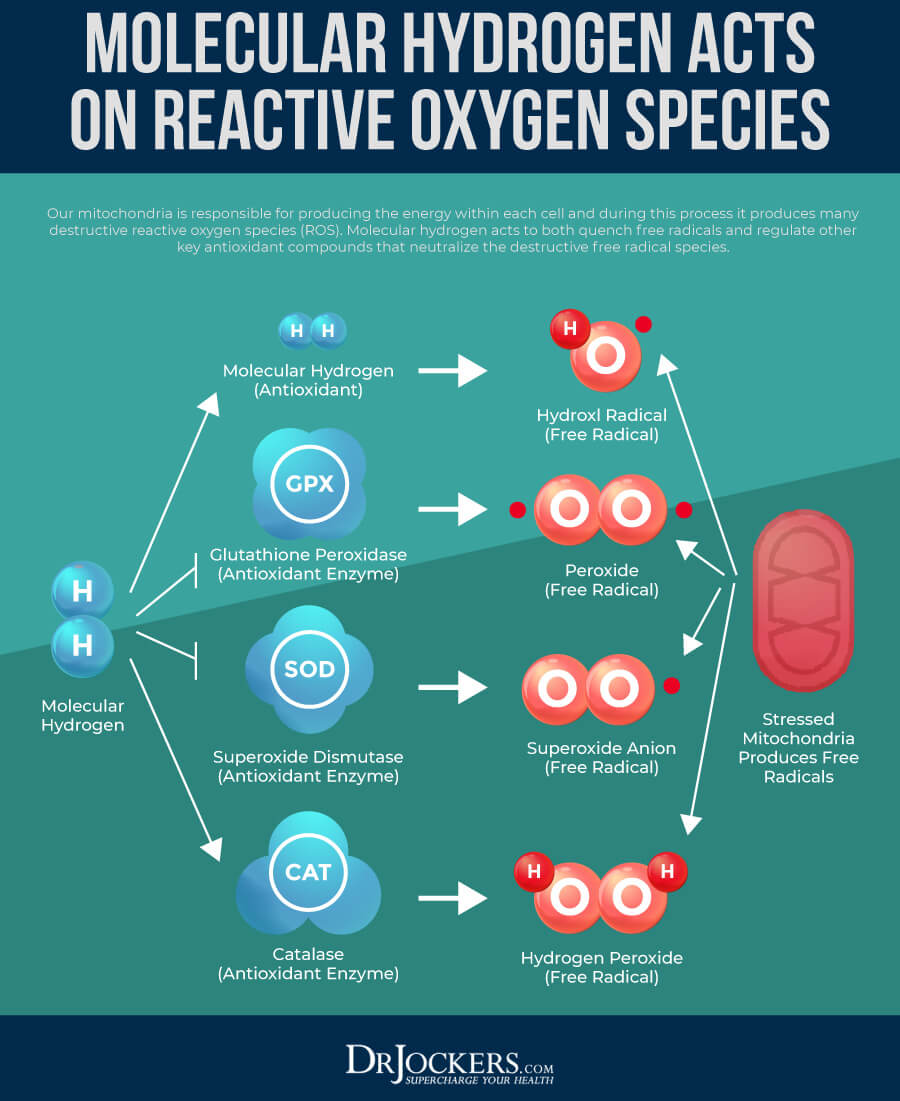 Catalase (CAT) breaks down hydrogen peroxide (free radical) and breaks it down into oxygen and water.8

Hydrogen not only regulates all three: SOD, GPx and CAT by increasing their production, it also neutralizes the hydroxyl radical. The hydroxyl radical is a very dangerous free radical that we are constantly exposed to, and there are only a few antioxidants so far that can neutralize it, and only one antioxidant that’s safe to consume in large amounts without fear of side effects.

That antioxidant is hydrogen gas. 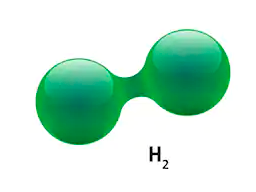 And the best part is, that when hydrogen gas neutralizes the hydroxyl radical, the byproduct is water, which means that ingesting hydrogen gas is very safe for the body and it is very unlikely that one will ever overdose on hydrogen gas, unlike other antioxidants like Vitamins A, B, C, D, E and K, where taking too much of them can result in many health issues. 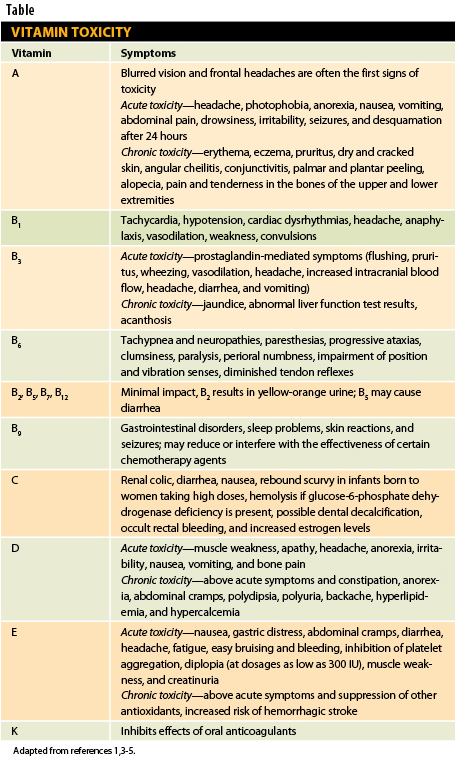